The Vikings invaded Europe in the eighth century. Why were the Vikings important to future European history?

When the Vikings invaded Europe, they came for wealth, exploration, and trade.  We know some of the Vikings explored as far as Canada and that they loved to raid the wealth of the monasteries.  Ultimately, the Vikings established trade centers in the towns that they frequented.  The Vikings came from three areas: Denmark, Norway, and Sweden.  The Danish Vikings raided primarily in England.  They were the ones who established the Danelaw and fought with Alfred the Great.  The Norse Vikings attacked Ireland, Scotland, and northern France, set up a kingdom in Greece, and island hopped across the Atlantic.  The Swedish Vikings sailed down the Eastern European rivers, making their way eventually to Constantinople. Some of them even entered the service of the emperor as his private guard.  The Vikings are important to European history because they built trade routes and helped found cities.  They turned Kiev, Rouen, and Dublin into thriving trade centers.  They also settled in Normandy and would eventually unite all of England under William the Conqueror.  The Viking raids encouraged the formation of the feudal system. Tales of Viking travels would stay in the minds of the Europeans and could perhaps have spurred on some of the exploration that would take place several centuries later.

The unique system of feudalism developed during the early 10th century.  Feudalism was ultimately a system of reciprocity.  A lord would provide protection to either a village or an individual in return for services.  A contract would be written down with great detail, copied, and then torn in two with each side getting its copy.  The individual who made the contract with the lord was called a vassal.  The vassal gave an oath to be faithful to his lord (called homage) and to honor his lord (called fealty).  Oftentimes, the lord would not only give protection to his vassal but would also give his vassal land called a fief.  The vassal would work the land and give the lord whatever services required by the contract.  Contracts were only broken by death unless the lord did something that he really shouldn’t have, like failing to protect his vassal or making his vassal a slave.  The practice of subinfeudation appeared when the vassal’s land holdings were so great that he needed someone under him to help govern.  So the vassal could divide up his fief among vassals of his own.  With each layer of subinfeudation, the vassal was tied only to the lord directly above him.  Even though the vassal might seem to be subordinate to his lord, the two were considered legally equal because they had signed a contract where each side supported the other. 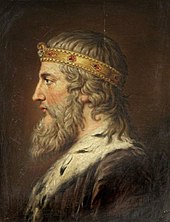 Why is Alfred, King of Wessex, considered such an important king in the formation of England?

Alfred the Great of Wessex became king in 871 and made many changes in warfare.  After losing a battle to the Vikings early on, he retreated to the Stepney Marshes with his army and trained them.  He divided his army (fyrd) into two groups: one would fight while the other would go home to tend the fields and then after six months the two groups would switch.  He also built burhs (forts) so his people would have a safe haven to go to when the Vikings attacked, and the burhs also served as a warning system when invasions occurred.  They would light signal fires so the army would know where to march to.  Alfred also built a navy to rival the Vikings.  The Vikings were used to landing and pillaging so when Alfred’s navy met them on the sea, the Vikings were not prepared and Alfred won. END_OF_DOCUMENT_TOKEN_TO_BE_REPLACED

In what ways did the influence and power of the Roman Catholic Church develop from AD 500 to 800?

How did Pepin II of Herstal, Charles Martel, Pepin the Short, and Charles the Great contribute politically to the formation of the Carolingian Empire?

Pepin II of Herstal became mayor of the palace in Austrasia in 680.  He supported the Merovingian king but had the real power in his area.  Pepin wanted more control so he fought the other mayors and defeated them at the Battle of Tertry in 687.  He ruled a united mayoralty until his death in 714.

Pepin II’s only adult son after his death was Charles Martel.  Charles Martel strengthened the mayoralty by keeping the nobles in line.  He escheated land from the Roman Catholic Church and gave it out to the nobles to keep them happy.  The kingdom remained strong under his rule.  He successfully stopped the Muslim advance in 732 at the Battle of Tours and Poitier.  Upon his death in 741 the mayoralty was split between his sons Carloman and Pepin the Short. END_OF_DOCUMENT_TOKEN_TO_BE_REPLACED

What made the reigns of Justinian and Leo III, the Isaurian, noteworthy?

Justinian became the Byzantine Emperor in 527, and he governed for almost forty years. He made significant improvements to the Byzantine Empire. He fought off invaders but decided to pay tribute instead to keep the peace with Persia.  He subdued the Nika Revolts and rebuilt Constantinople by building twenty-five new churches (including the Hagia Sophia), aqueducts, baths, and cisterns. Justinian had Tribonius update the old Roman law so Tribonius codified over 1,000 years of law codes.  The Corpus Juris Civilis was the result.  He sent General Belisarius to retake North Africa and Italy.  During Justinian’s reign new weapons were designed such as Greek fire.  By the end of his reign the empire once again went to the western end of the Mediterranean Sea.  END_OF_DOCUMENT_TOKEN_TO_BE_REPLACED 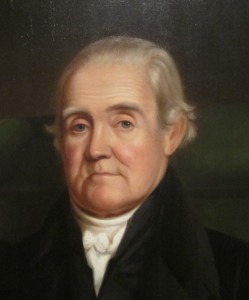 Author, editor, linguist, columnist, reformer of spelling, philologist, but first and foremost patriot—all these jobs correlate themselves into one man: Noah Webster.  His is a common household name for which everyone remembers the dictionary.  However, the great life and accomplishments of this famed patriot are little known to the modern American public. END_OF_DOCUMENT_TOKEN_TO_BE_REPLACED 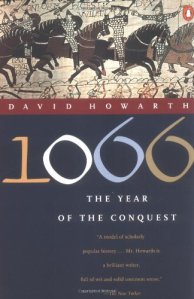 In 1066: The Year of the Conquest, David Howarth uses a village not far from the site of the Battle of Hastings to set the scene for the events of that year.  He weaves stories of the common folk with accounts of nobles.  He begins the book on January 6, 1066 with the burial of King Edward in Westminster Abbey and ends the book on Christmas Day with the coronation of King William.  Howarth interjects the necessary background information for each character when he appears for the first time in the year 1066.
END_OF_DOCUMENT_TOKEN_TO_BE_REPLACED

Yes, the changes in Europe were great after western Rome fell. There was no central government so government only existed on a local, regional level. One could argue that this contributed to the feudal system. END_OF_DOCUMENT_TOKEN_TO_BE_REPLACED

Why were the Visigoths and Ostrogoths important to the history of the late Roman Empire?

The Visigoths had originally settled in Dacia and had been peaceful for a long time. When the Huns moved west the Visigoths begged Emperor Valens to be let into the empire. Valens let them in on the agreement that the Visigoths would protect the Danube border in exchange for food. When Valens reneged on the deal, the Visigoths fought the Romans at the battle of Adrianople in AD 378. Valens was killed and the Roman army was defeated. It shocked the world that a barbarian group could beat the Roman army. The Visigoths, under Alaric, moved westward into the Italian peninsula. They sacked Rome in AD 410 for three days before moving south. Their movements were motivated by food and a desire for a permanent home. Under Wallia, the Visigoths moved further west and eventually settled in the Iberian Peninsula. The Visigoths are important because they showed the weakness of the western empire and upset the Roman way of life. END_OF_DOCUMENT_TOKEN_TO_BE_REPLACED